by Ankit
in Gaming, News
0

The Augmented-reality mobile game Pokemon Go developed by Niantic launched three years ago, is one of the most loved mobile games ever. As of February 2019, it has crossed over 1 billion downloads worldwide and has over 147 million monthly active users.

The game was initially launched with about 150 species of Pokemon, which has increased to more than 480 by 2019. There are two types of Pokemon, one normal and the other Shiny -which are rare and limited to certain species. Shiny Pokemon offer no benefit in battle and are purely cosmetic. However, they might fill your opponent with envy.

Currently, there are quite limited species of Pokemon that have shiny versions. Niantic will be adding more as time goes on through events. However, today a photo surfaced online on Reddit that contains all unreleased Shiny Pokemon from Gens 1-3. You can have a look at them below: 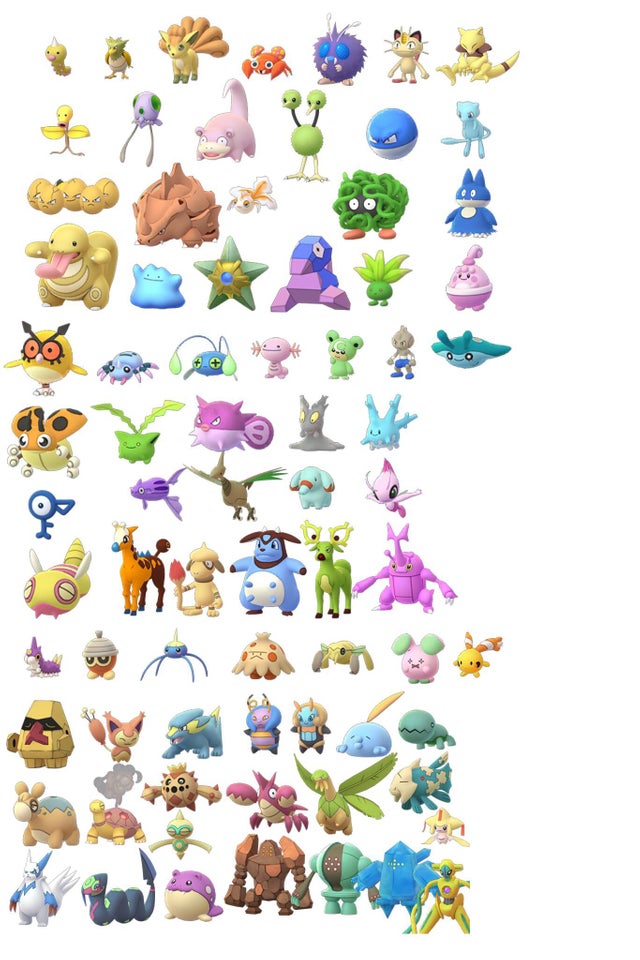 To recall, Shiny Pokemon was first brought into the game in March 2017 with the surprise reveal of Shiny Magikarp and its evolution, the red Shiny Gyarados.

Let us know your thoughts about all the unreleased Shiny Pokémon from Gens 1-3 in the comments section below.

Pokemon Go : Best & most powerful Pokemon in the game based on Attack, Defense, CP, Stamina