Recently the software tech giant Google announced that the Android Q would be simply called Andriod 10. Most of the people might not be satisfied, but the trend of naming Andriod after some sweet dishes seems to be finally ending. Android 10 is hitting Google Pixel devices today, including some flagship devices from other OEMs. However, we are here to provide you the Android 10 wallpapers. If you are interested in downloading Android 10 (Q) wallpapers, we have mentioned the link below. We will be talking a little about the new features of Android 10.

Andriod 10 has built-in caption feature that automatically captions videos, podcasts, and audio messages—even stuff you record yourself. And the best part is that you don’t even need the wifi or mobile phone data to use this feature.

With Sound Amplifier, your phone can boost sound, filter background noise, and fine-tune to how you hear best. You can try out this feature even on your previous Android version device by downloading the official app from the play store.

Gestures Navigation is the feature that most of the OEMs provide on their phones, and it was also available on Android 9. However, with Android 10 the Gestures are smoother, quicker, and faster to help you go backward and forwards, pull up the home screen, and swipe up to see your open apps.

This is the feature for which people are waiting for decades, and finally, it is here. Android’s new dark theme uses true black colors among all default android and google apps and on AMOLED displays, this feature can be really helpful in saving the battery of the phone.

Focus Mode helps you to block distractions by pausing apps temporarily. So if you want to turn off a distracting app to get something done, all you have to do is tap. Try it now.

Apart from these highlighted features, Android 10 includes a lot of other features to improve privacy, security, Digital wellbeing,  performance, and a lot more. For details in-depth, you can refer to the official Android website here.

There are six Android 10 stock wallpapers that you can download and apply on your phone doesn’t matter which phone or Android version you are using. The wallpapers are of 4k quality with a resolution of 2160 x 4096 pixels. Just click on the google drive link given below to download Android Q wallpapers. 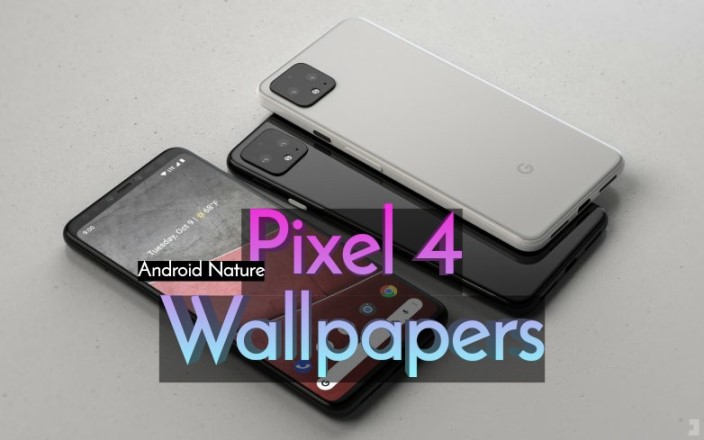