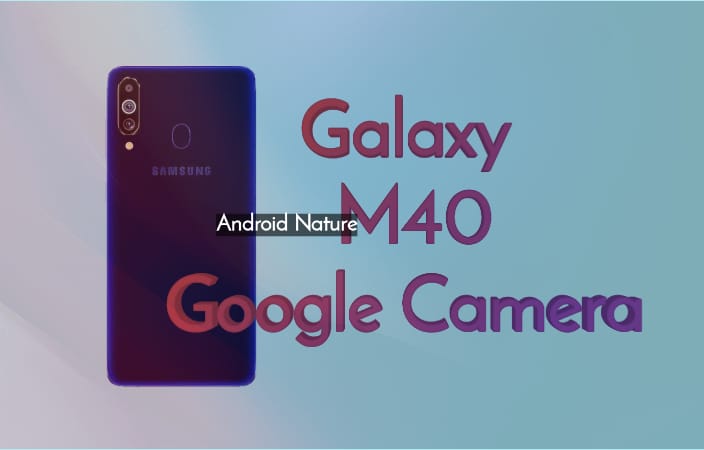 Samsung Galaxy M40 is currently the top variant of the Galaxy M series from the South Korean OEM. The Galaxy M40 is a beautiful looking smartphone with a huge 6.3-inch hole-punch display. The Mid ranger is among the few devices from the Samsung to house Snapdragon chipset. This means that the smartphone’s camera capabilities can be increased by installing the Google Camera (Gcam) Apk.

M40 features versatile triple rear cameras with a 32MP main sensor and an 8MP ultra-wide sensor and a 5MP depth sensor. As for the selfies, it features a 16Mp camera on the front. However, as per the critics and users review the quality of the photos taken from the cameras are quite average. Albeit, installing Google Camera (Gcam) on the Phone can really enhance the photo quality. We have provided the Gcam app for M40 with steps to install it on your phone. So without wasting more time, let’s get started.

First of all, let’s talk about the features that you will be getting with the Gcam on M40.

How to install Google Camera (Gcam) on Samsung Galaxy M40

First of all, you need to download the working Google Camera APK for Samsung Galaxy M40. You can download the APK using the link mentioned below.

NOTE: We will update the best available Gcam APK. So, make sure to recheck the post.

After downloading the APK, install it like any other third-party app.

After installing the Gcam on Galaxy M40. Open the Google Camera app and allow the permissions it asks and them you are good to go.

Follow these steps after opening the app for the first time. These steps will make sure that your app is working correctly.

So, that’s all folks, That’s How you download, install and use Google camera for Samsung Galaxy M40.