The Chinese smartphone manufacturer Vivo (owned by BBK Electronics) have myriads of devices in every price segment. All the smartphones of the OEM run on a custom OS called Funtouch OS based on Android. The latest version of the Funtouch OS is 9.1. The brand’s custom OS has a lot of useful features which stock Android users do not get. One such feature is the functionality of running two versions of the same app or Dual (clone) app.

Dual apps feature comes handy for people who want to keep their personal and business life separate. For example, you are running two WhatsApp account on your phone, one for your personal use and other business. Same goes for other apps like Facebook, Instagram, etc.

Today, we will guide through the procedure to use dual apps on your Vivo smartphone. The method to enable clone app for any application is quite simple and straightforward. It is built inside the Funtouch Os of Vivo, as we already told and you don’t need to install any 3rd party app. Follow the steps given below to enable dual apps on any Vivo Phone. 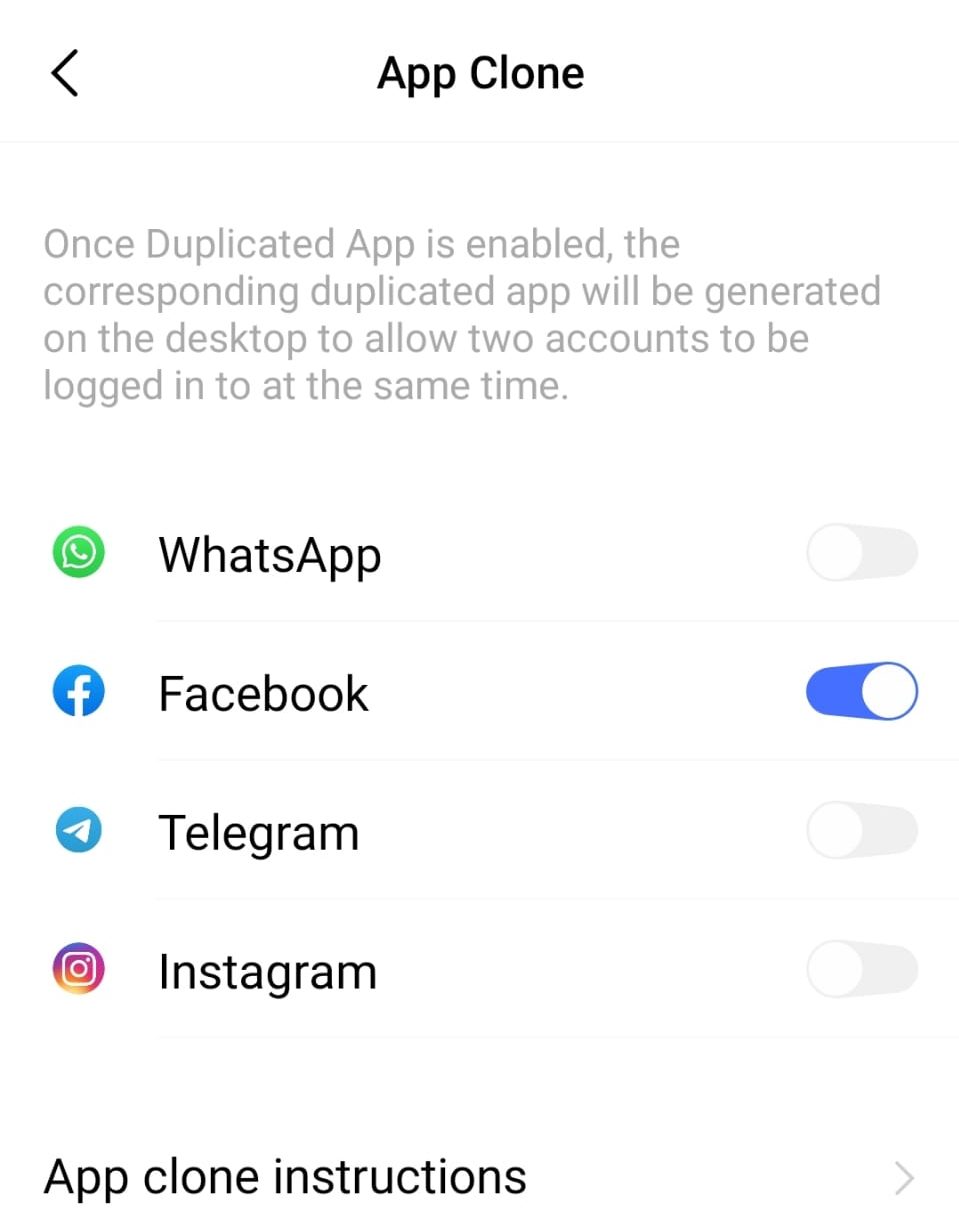 Generally, Social media apps like Whatsapp, Facebook, and Instagram are supported for app cloning. Yes, that means you can run two Whatsapp accounts on your Vivo Smartphone without installing any third-party app.

Note: If you uninstall the original app, the duplicated version of the app will also be deleted. But, the corollary isn’t true, means deleting the clone app will not have any effect on the main app.

In this you don’t have to go to the setting of the phone, clone app can be created directly from the home screen.

Hold down any app on your home screen until it begins to shake.

Note: Don’t touch the cross symbol; it will immediately uninstall the app.

A plus symbol will be present ( For Supported apps only) on the bottom right of the app while the app is still shaking. So tap on that plus icon to create a second (Clone) app for that particular application.

So, that’s all folks. This is how you can use dual apps on your Vivo Smartphone. If you any query related to the clone app feature then do let us know in the comments section below.