Realme 3 pro is the latest smartphone launched by the company. Next upcoming smartphone is the Realme X that is unveiling on 15 July in India. Realme 3 Pro is a compelling device in its price range. It is a competitor to the Xiaomi’s Redmi Note 7 pro. Currently, Both the smartphones are the king of the budget segment. Realme 3 pro has a pretty decent camera. However, after the recent local OS update, some users reported that camera quality is degraded.

A realme community user with the username, Realme01324123283, reported the issue. He mentioned that after an OTA update the camera quality is reduced. He compared imaged before and after the update, the result was a reduction in the quality of the photos and an increase in the noise of the images.

Here is what the user mentioned:

Hello, Realme I am continuously using the stock as well as Gcam camera app of my Realme 3 pro but to after the latest software update, I strongly believe that the whiskey of the images in will let the environment and in dark the pictures have unwanted noise in some areas of the photos. Also to confirm that I clicked the same picture as close as possible which I clicked before this latest update but its 100% confirm that it is clicking low images. Please bring the latest OTA update to take the camera to the previous setting and to be honest I was very happy with the way of capturing the details with less or no noise with the photos clicked before the latest software update.

The user says that it is confirmed that the quality of images is reduced after the new OTA updated. The user also requested the brand to reverse the changes and improve the quality like it was before the update.

Have you also noticed or experienced such issue on your Realme 3 pro phone? If yes, then do let us know in the comments section below. 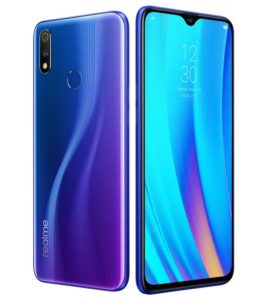